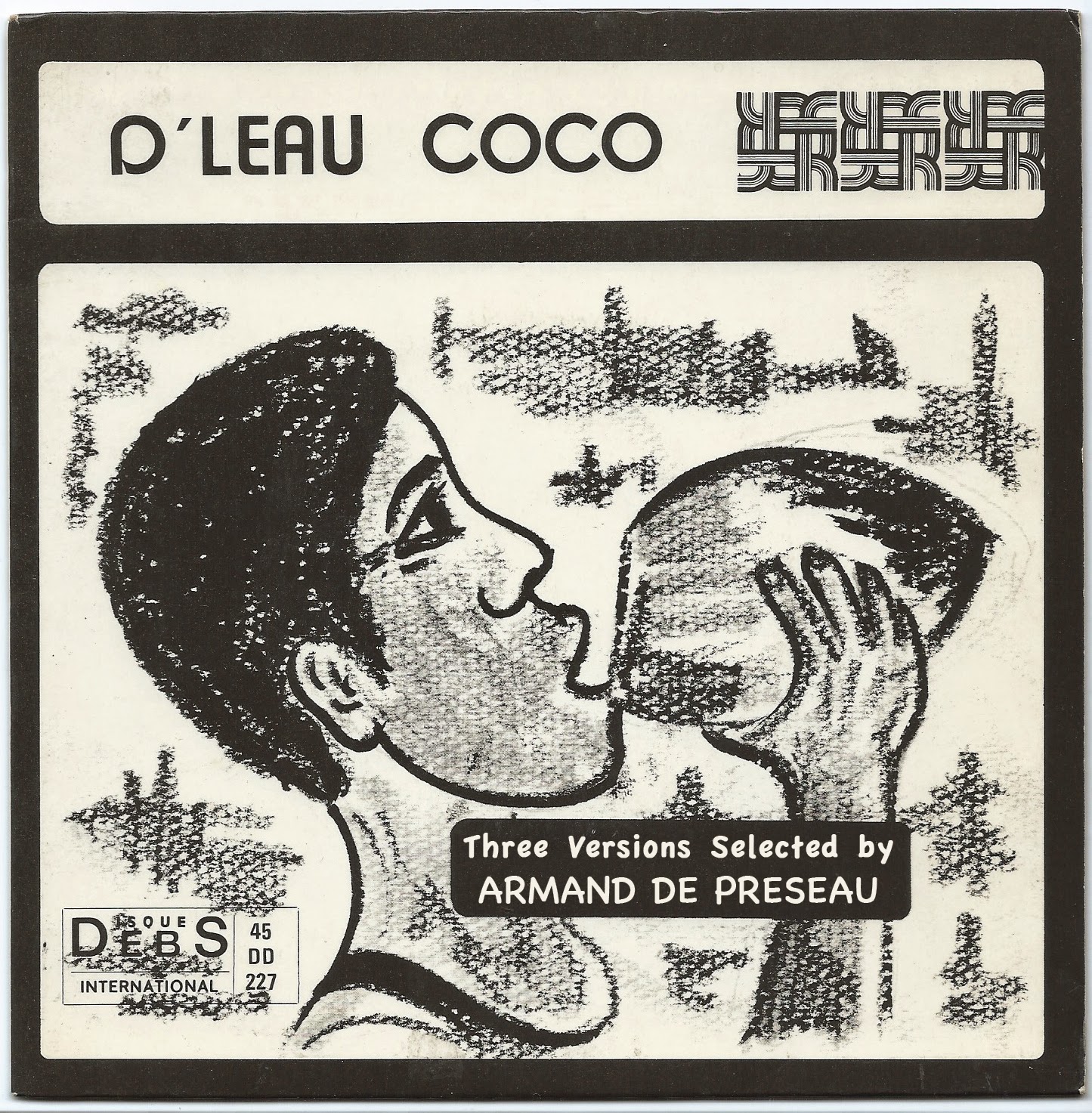 Today a special selection with three (yes, ONLY three !) songs, the original one and two covers of the famous tropical anthem "D'leau Coco", written by Albert Nadeau, a member of the band "Les Leopards de St Pierre".

This song was originally released in 1972 by the band "Les Leopards de St Pierre", from La Martinique, a raw tumbele biguine track.

It was covered a bit later by Georges Plonquitte and his band, from La Guadeloupe, with a cool Jazz feeling and some good piano solos.

The Os Apolos", a Cape Verdian band, also covered this song, in a raw tropical way !

Which one is your favourite ? Do you know other versions ?