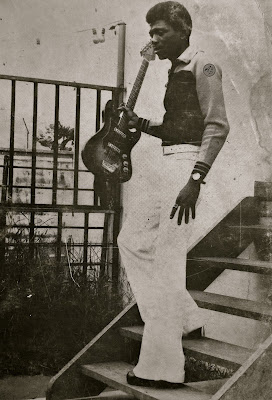 Nee Quaison-Sackey was a Nigerian studio guitarist, who played on many albums between the 70's and the 80's.

He played for Tony Grey, Manu Dibango, Christy Essien, Melvin Ukachi and many other artists.

The song I want to present you today, Money, is taken from is one and only album, released in 1978 on the mythical EMI NIGERIA record label, and engineered by, as always on the good NEMI albums, Kayode Salami and Monday Oki.