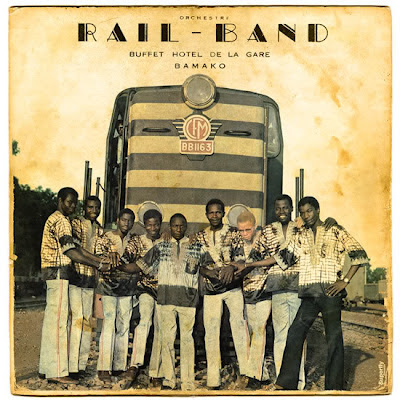 Picture artwork by my friend Faud from Les Mains Noires

State-sponsored by the national railroad Malian Company (it explains the name of the band), Le Rail Band was the most powerful Malian orchestra, that released more than ten LP's and many 7' from the 70's to the late 80's.

The Rail Band's leader was the great Tidiani Koné, an outstanding musician who was also a griot (a kind of religious leader/ influent personality), who decided to give his chance at this time to a young albino singer, Salif Keita, that would become world famous in the future.

The track presented here, Mouo Dilo, was released on a 7' on the Nigerian division of EMI, and produced by the Nigerian government for the republic of Mali (release date unknown, 1971 I estimate) 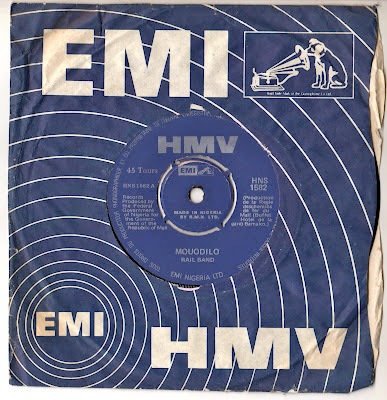 This track, one of the first tracks of Le Rail Band  (this is maybe the first 7' of the Band !) was re-recorded a few years later in a slightly different version under the name of Moko Jolo, for the second LP of the Band out in 1973 (my favourite one), a great mixture of Funk, Griot Music, Mandingo and Bambara Folklore, narrated by Salif Keita's diamond voice. 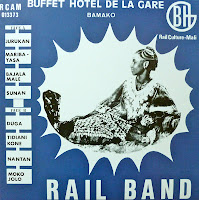 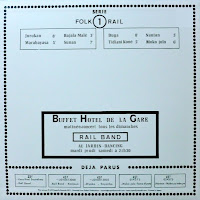 
To Finish, as a bonus, another track taken from this great record, Bajala Malé (also called Badialan Mallet), an hypnotic quiet ballad - enjoy !

This article is dedicated to people of Mali, in reaction against what is happening right now in Tombouctou (Timbuktu), the destruction of holy malian sanctuaries and ancien tombs by the "holy army of Al Qaeda"
Publié par Armand de Preseau à 14:59