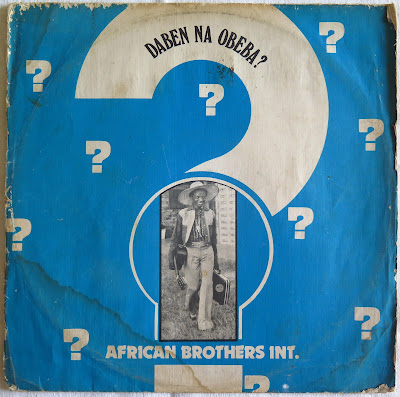 The band was led by Nana Kwame Ampadu, and was composed by some great figures of the Ghanaian music, such as Joe Mensah, Paul Sagoe, Kofi Amoah or Eddie Donkor.

The track I want to present to you here is taken from my favourite album of the band, with an amazing cover !