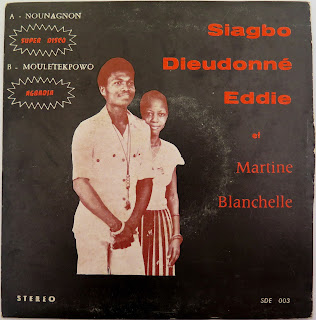 Dieudonne Eddie Siagbo, originally from Benin, was an obscure singer who recorded only this 7inches (as far as I know).

What is unusal is that he's backed on those songs by the Beninese muscial King El Rego and his Commandos, major asset of the song that I present here (indeed, when you listen to the voice of Eddie, you understand why he didnt record others 7 inches..), listen to that organ !