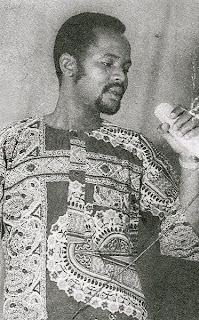 This beautiful 7 inch was recorded in 1969 with l'Orchestre Super Volta, in the country of Burkina Faso, on the great "La Compagnie Voltaique du Disque" label (CVD), known for its magical psych tracks.

This track deals with a musician (him, maybe ?), who performs every night at the Don Camillo Club. Each night, coming back from his show, this guy meets the same prostitute he is totally in love with, but the girl prefers to spend her night with white guys in Abidjan's hotels, because they are rich, and musicians are poor ("Musicien c'est pas quelqu'un, tu es pauvre garçon").

There are actually 2 different versions of this track (the lyrics are the same), because Amadou re-recorded it in the 70's for one of his LP's, out on the famous Ivory Coast's SACODIS label, in an afrobeat way.

Amadou is still alive, and plays now with the famous Africando salsa band. 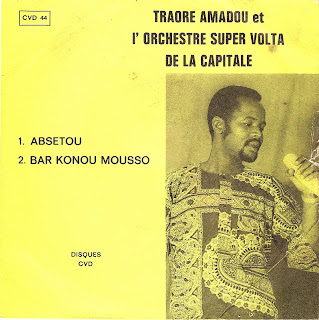 To begin, here comes the other version of Bar Konou Mousso - the Afrobeat one - called Super Bar Konon Mousso. 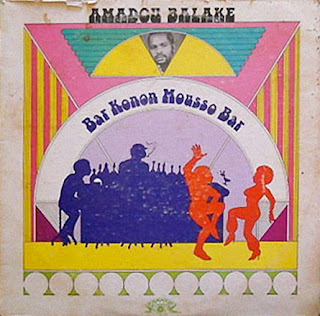 Next, another song from Amadou Traore out on the CVD label, Johnny.

(all the copies of the Kambele ba / Johnny record I heard from now have the same pressing default, this Woush woush woush you can hear.. Shame but lovely in a way..). 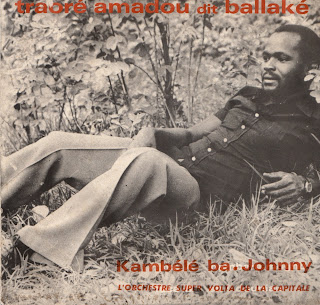