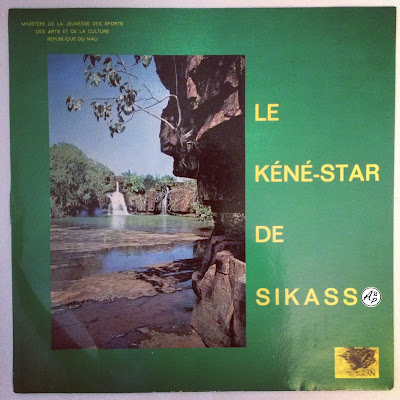 Le Kene Star de Sikasso was one of the regional Malian Orchestras (such as "L'Orchestre Kanaga de Mopti" or "L'Orchestre Sidi Yassa des Kayes") back in the 70's.

The group was composed, among others, by François Ballo, Mamadou Touré, Mamadou Diakité and Cheick Sadibou Diabaté, former members of "L'Orchestre Regional de Sikasso", who released one album in 1970.

The track I've selected, Fitiriwale, is taken from their 1977 album, released in France thanks to the mythical "Kiosque d'Orphée" label.

This song is about wedding, and the ingratitude of the husbands towards their former wife and the good things they did for them.

If you're into Malian sound, you can check here (and download !) a Malian selection I did in 2013 !

Have a really nice sunday,