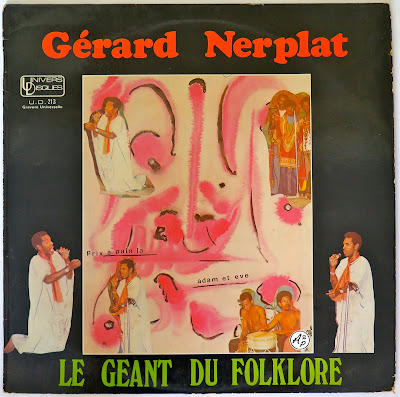 Gerard Nerplat is a singer and composer from the French Guadeloupe island who released a few records since the 70's, full of spiritual biguines and Gwoka tracks. He's accompanied on his albums by his brother Michel Nerplat on the Saxophone.

Although he released a few albums, he is one of my favourite Guadeloupean artists. I decided to present you "Prix A Pain La", a deep spiritual Gwoka biguine masterpiece that criticizes the cost of living increase in Guadeloupe.