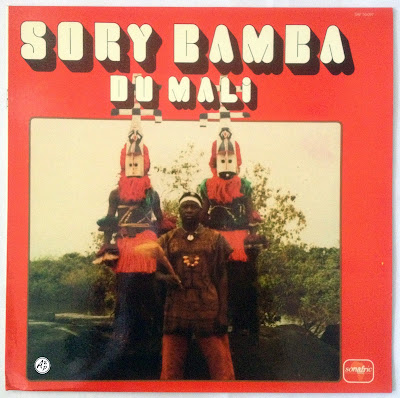 Malian Mood today, with a song taken from the 3rd album by the singer Sory Bamba, who belongs to the Dogon ethnic group (Souh-East Mali, near the town of Bandiagara).

This really hard to fin album, out on 1979 on the Sonafric label, contains 6 great tracks, and "Kanaga 78", the track I want to make you discover today is one of those.

A crossover of Disco, Traditionnal Malian music and furious psychedelic groove, close your eyes, you're in the Malian desert..